We had 3 long trips from Friday through to Sunday with various guests from the UK and Austria, our team consisted of Erik, Kurt and myself.


On Friday we launched very early so we could be back well in time before the big South West wind came through and this worked out well and were back an hour before it hit Durban. On Saturday we launched very late to allow the big swells to die down and the sea just got better and better all day, we did get caught in some rain twice on the day. Sunday was normal hours and nice seas and the water had cleaned up nice after Friday afternoons big West but left us with a reverse current.


On Friday water was green cold and dirty up to the 200m and so we first went deep and found the Agulhas current was screaming well over 8 knots so we came back in closer and fished the colour line that we found on the 200m, we had 2 Marlin strikes and landed 3 Yellowfin Tuna.


Saturday was a cool day and overcast with some patches of rain and we managed 2 Dorado and a Yellowfin Tuna, the 1 Dorado was a large Queen and was the biggest fish the angler had ever caught, she put up a good fight and aerial display for us. It’s so awesome to be part of someone getting a new personal best and sharing in their excitement.


Sunday was a very frustrating day with 2 lost fish, we landed a Dorado and then Grand Dad (94 years old) had a go at a really large Oceanic Bonito (Skipjack Tuna) and for a while I could actually see the young boy in his face. It gives me great pleasure to see people filled with such delight. Later on in the day we hooked up into a fairly large Black Marlin which took a lot of line and did some really good jumps bouncing away like a bunny being chased by a fox, when it was about 400m away during the fight, the hook pulled and we lost it. I was really bummed and struggled to compose myself for a short while after that, so I had my sulk and then got on with the day. I really hate losing a good fish especially once you have seen it. We got back into action and then we hooked into a good size Yellowfin Tuna of about 15Kg with a Rapala X-Rap and it was right there at the boat just out of reach of the gaff when a very big and greedy Shark took it right before our eyes. At first I was not sure if I had seen this correctly, but this was confirmed by the angler who said the same thing.


Long trips are really great as one has time to interact and get to know each other, the trips are not rushed as it is with shorter trips, lots of jokes and stories are told and it all makes for a really fun day and an enjoyable time at sea.


Besides the fishing we got to see Dolphins several times on all three days and also some Turtles, we also saw a Dorado chase something as it rushed past the front of the boat and change colour in the process, the speed of the Dorado in action was impressive, there were loads of little flying fish and we saw them regularly along with a good variety of sea birds. 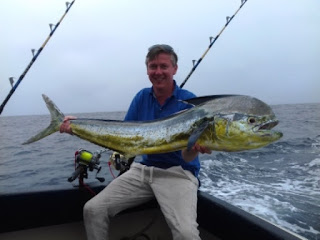 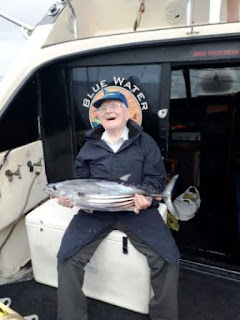 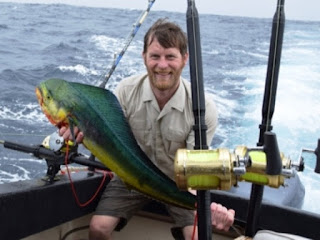 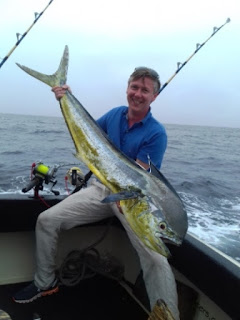 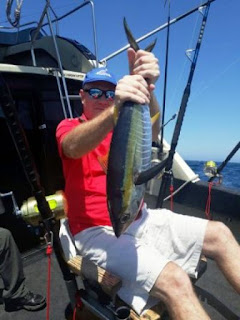 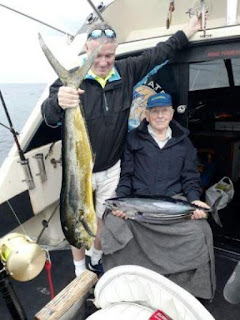 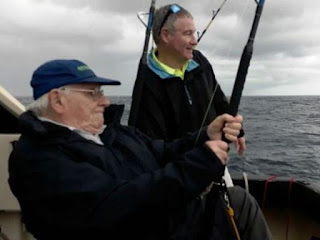 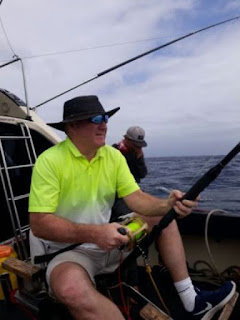 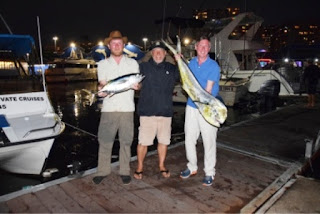