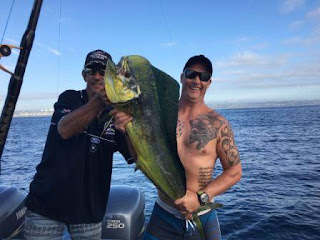 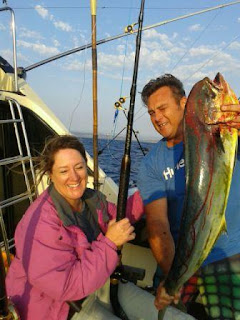 Posted by Blue Water Charters - Durban at 9:58 PM No comments: 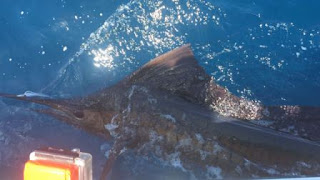 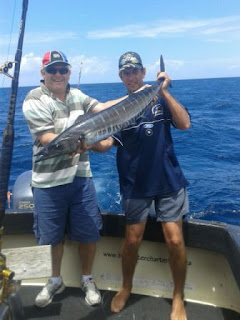 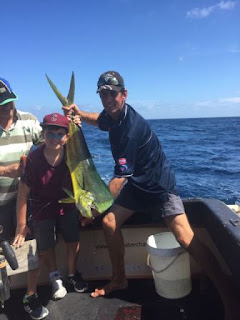 Offshore Fishing Report 20170110 - Durban
Game Fish Grand Slam and our first Billfish for 2017
We had a 6hr trip for today and decided to do it in the afternoon as the wind was blowing strong in the morning and so the boat launched at 11h00. 1hr into the trip the shotgun claimed a Wahoo and about an hour after that the same bullet on the shot gun claimed a Sailfish of around 50Kg which was released. After that 2 Dorado were also hooked up, so 3 species of Game Fish in one short trip.
Posted by Blue Water Charters - Durban at 9:32 AM No comments:

Greetings to all and I would like to take this opportunity to wish everyone for 2017.


We had loads of winds this season, blowing from every direction, currents have been strong and the water never got to the warm temperatures that we usually get this time of year we also had a lot of rain but with the water shortage I suppose I should not complain. We had to cancel several trips due to the weather, but we still had a busy season with many visitors to Durban this year. We had some good fishing days and some bad fishing days.


I don’t ever remember such a cold season as there were some days that were icy like Christmas day morning when I froze. We have not yet had the proper hot Durban weather.


We caught a fair amount of Dorado but we never got any big ones so far, we also did not get those bumper days and most daily catches were in the 1s, 2s and 3s for the day but we got Dorado on almost every trip.


The new Rapala X-Rap 40s running 12m deep did well for us on the Dorado even though we were running them for Tuna they got us Dorado and some decent size Bonnies.


The Tuna and Wahoo have evaded us this season and we have not caught any.


We got a really nice Black Marlin at the end of December which we released and dropped a monster of a Black Marlin.


Bottom fishing for most parts was actually very good and the Slinger were prolific, especially when the currents were stronger with some decent sizes. We caught a beautiful Picasso Trigger Fish off Durban whilst bottom fishing which was a first for Fat Girl ever, this fish was released.


We did some bay fishing and we caught a good amount of GT’s on Drop shot along with some Sea Pike, Salad Fish, Walla Walla and for the first time ever we got a really large mullet on Drop Shot. We had a young man that wanted to use his light tackle Bass set up in the bay and caught himself a nice little Hammer Head Shark, all the fish we caught in the bay were released. 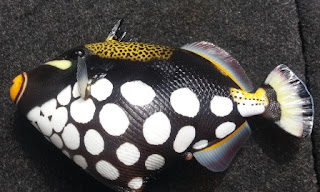 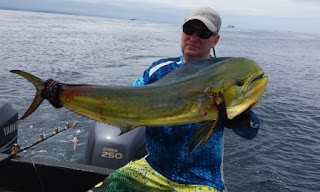 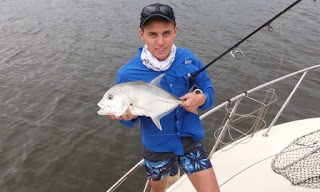 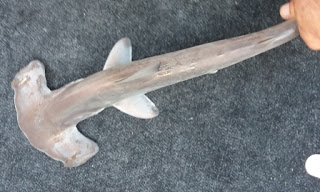 Posted by Blue Water Charters - Durban at 8:38 AM No comments: