We had 2 trips this weekend spending a total of 14hrs out at sea, the sea was a flat as a pancake, and we found water up to 26.5deg.C. The water was blue out in the deep but full of particles and fishing was hard. We managed a nice Wahoo, and caught a fair amount of small Yellowfin Tuna and Oceanic Bonito. We also had a small Blue Marlin on but he came off the hook when I was leadering him and he jumped. 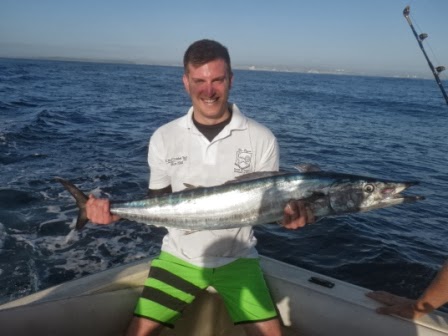 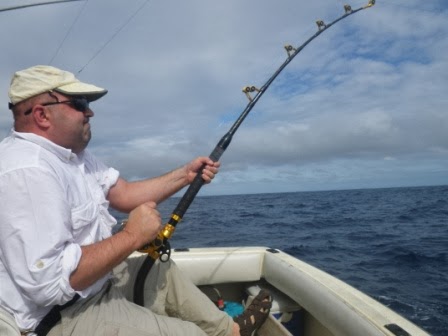 Posted by Blue Water Charters - Durban at 2:53 AM No comments:

Mike
Posted by Blue Water Charters - Durban at 7:36 AM No comments:

Please find the link to our January 2014 Fishing Newsletter

http://www.bluewatercharters.co.za/pages/news0114.htm
Posted by Blue Water Charters - Durban at 1:41 AM No comments:

The Three Tunas and the Big One

We had 2 trips yesterday, on the morning trip we launched into some large swells almost 5m, but they were far spaced and the sea was comfortable, within 30 minutes the swells subsided and the sea went flat. The warm water has moved right in, but it is green and seems to be void of fish so we headed out deeper and we managed 3 nice sized Yellowfin Tuna, the largest being 15Kg.


We launched in the afternoon for a second trip and as per our 1st trip we headed out deeper, the sea was quiet and I saw no birds or baitfish activity, and then BANG the shot gun rigger went and the rod bent flat and we were on. After a 30 minute battle we were rewarded with a very large Yellowfin Tuna of 37Kg on 50lb tackle. 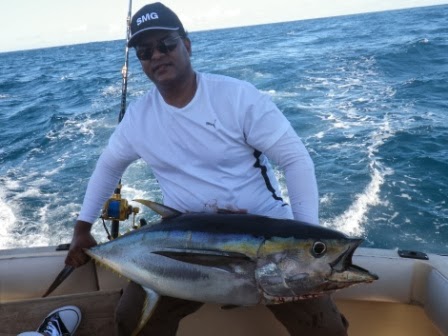 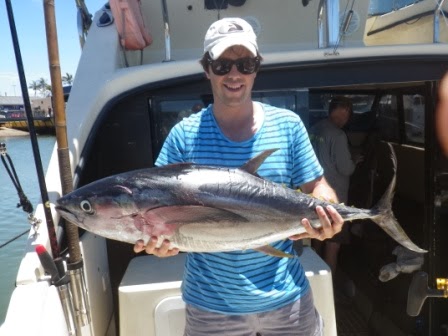 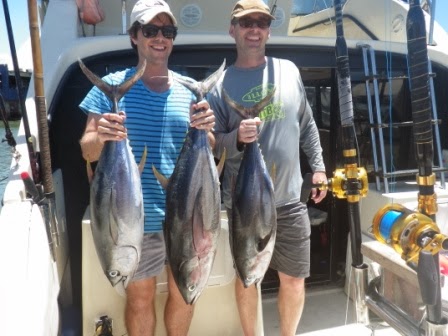 Posted by Blue Water Charters - Durban at 8:20 AM No comments:

DURBAN MARLIN TOURNAMENT - 6-9th February 2014
We have 3 places available for anyone who wants to participate.
The tournament is 3 days fishing
Price R11000.00 per person, and this includes the entrance fees, opening and closing dinners
Please let me know soonest
Posted by Blue Water Charters - Durban at 4:14 AM No comments:

We have been so busy the past season, and I have not even had a chance to put a report together as we have been fishing every day and mostly 2 trips a day, I am very tired and am going to enjoy resting over the next two days with bad weather and then we start next week running again with several bookings and two trips a day.

I would like to wish everyone for 2014, and may you prosper and find peace and joy.

The fishing has been hard, with the early part of the holidays having some choppy seas, then the sea went flat and the water went green and eventually brown, and then the warm blue water started coming in from the deep.

The Wahoo fishing this season has been phenomenal and we have caught more Wahoo than Dorado which is normally not the case, we lost a massive Wahoo estimated at over 25Kg to a Shark, much to the dismay of our clients, we also lost a lot of Tuna to the Sharks which is very frustrating. We also dropped 2 Marlin, one on light tackle that took a feather and we ran out of line on the reel, and another that had its bill wrapped on the leader and never got the hook.


We did well with Dorado even though we got a lot of Wahoo, with a stunning 18Kg Bull being the best Dorado for the season thus far. The Tuna are still around and we virtually get them on every trip.

The water is starting to look awesome now and I think the next 2 months will bring us some good Game Fish and Marlin. 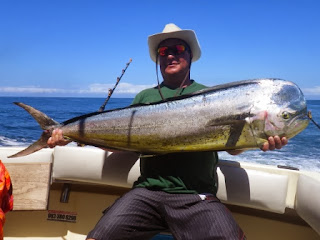 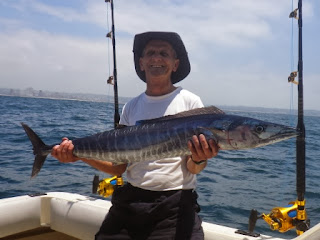 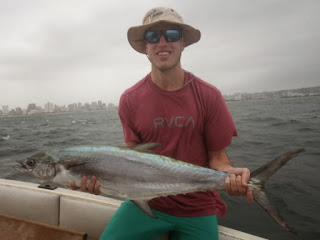 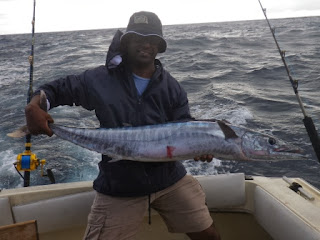 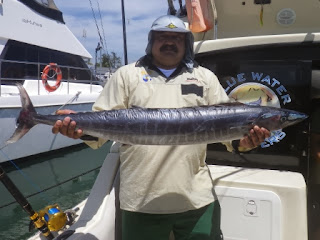 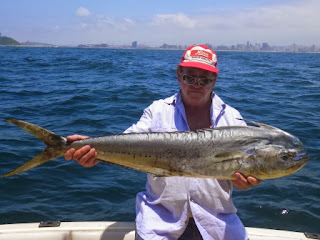 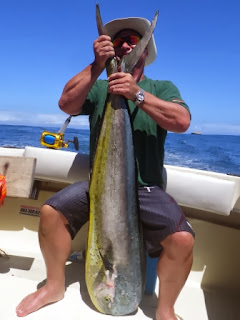 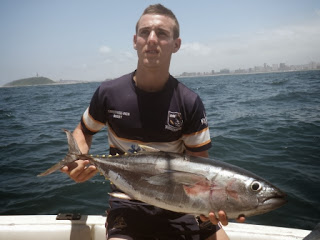 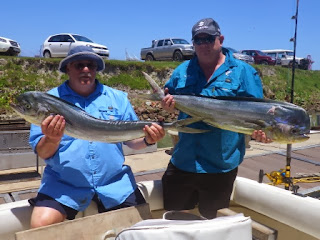 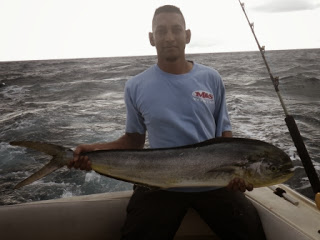 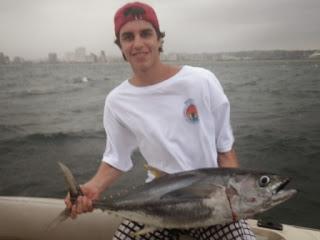 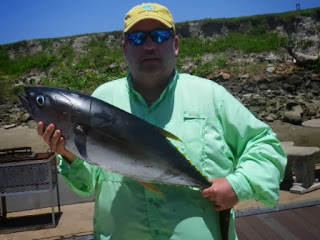 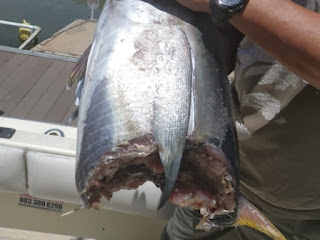 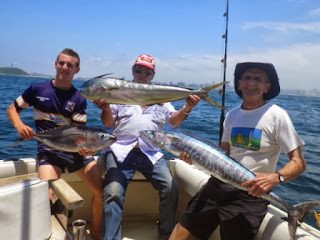 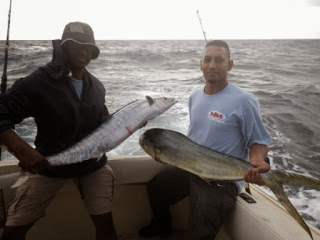 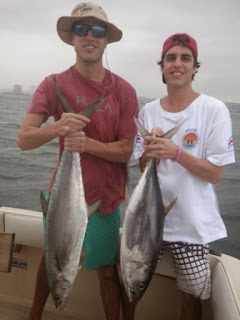 Posted by Blue Water Charters - Durban at 12:37 PM No comments: