One Wave, then Another

One Wave, then Another.


Finally the warmer water has arrived and we found 23.5deg.C water. We launched into what the forecast said will be a 15 knot NE, but in reality it was around 30 knots and as the morning went on the sea picked up and we ended up punching wave after wave. The water was good and we found nice blue water with lots of life and plenty flying fish, turtles and we even saw Dorado swimming by.


1st up was a Dorado that hit the shot gun, which was followed by good size Bull Dorado. Then we had a Sailfish come into the spread as I was tuning the boat and the tag lines were slack as he hit our bullet and we did not get a hook up, things where quiet for a while and then we got two decent sized Yellowfin Tuna and were back at the dock before lunch. Hello Summer. 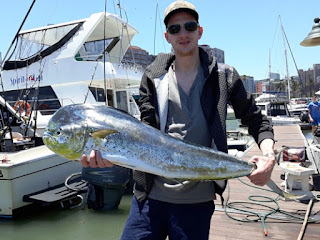 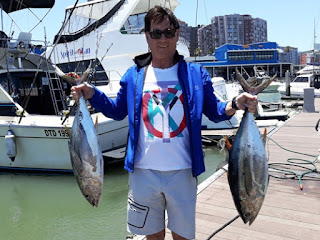