We had a 5hr trip and left at noon (12h00), 38 minutes into the trip we had a massive bonnie on deck. The water was purple, crystal clear and 27deg.C, we had a light SE wind blowing and a 2.5m swell. Conditions were perfect. 1 hour into the trip as I had just reached the area I had thought would be the spot; the inside port rigger elastic popped and the Tiagra began to sing that wonderful Marlin tune. ZZZZZZZ...ZZZZZZZZZ. The fish took about 600m of line before we managed to turn it and we were well into the backing. After a 1hr 40 minute fight we had a Black Marlin at the boat. Sadly it went under the swim platform, between the motors and then around both motors and I was not able to get it free fast enough and had to cut the motors and it drowned. I could not revive the fish and so could not release, so we cut the leader and pulled the fish out onto deck. A nice size Black Marlin estimated at 150Kg (330lbs). On the way back we hooked up a nice little Bull Dorado and dropped another along with a small Tuna. Just before lines up we also had a Sailfish in the spread but it did not chew on any of our offerings. I knew when the Wahoo and Bonnies started coming around we would be getting a Black very soon.


A very happy angler with his first Marlin, and our Marlin account opened for 2018.


Well done Henk, you fought your Marlin like a pro. 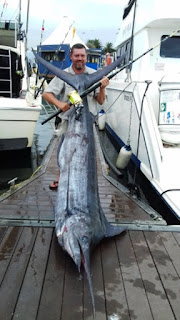 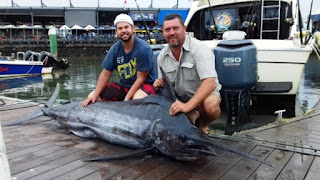 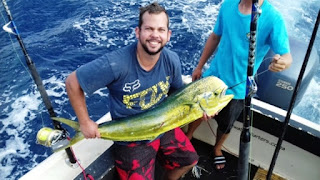 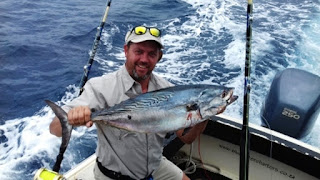 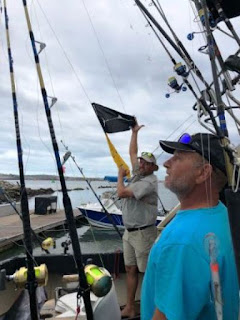 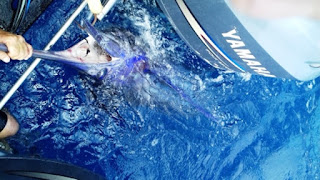 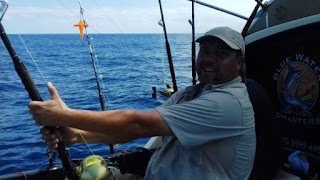 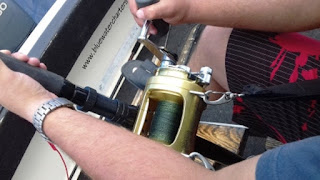 Posted by Blue Water Charters - Durban at 10:48 AM