We had guests from the UK and were really blessed with some stunning weather. We started out at 06h00 in the morning and were greeted by a large group of hippos on the water about 100m after we launched. Besides the hippos we saw a lot of other animals around and the real treat was a family of giraffes drinking on the water’s edge and we managed to get a really close look.


We eventually started fishing after enjoying the nature around us and after about 45 minutes we had not had a single strike and decided 5 more minutes and we will move to a new spot, this never happened as shortly after the bites kept coming and coming and by 10h00 we had landed 16 fish including some nice sizes. We then headed back to the lodge for a great brunch.


Later on we headed out again for an afternoon session and the conditions were still great and we found a fish eagle sitting on an old stump really close to us. This time the fish started biting immediately and first cast got us a good fish and we ended the day with a total of 23 fish. I got a really big hit during this session but to my frustration my rod snapped and the fish was lost. In the last 30 minutes as the sun was setting down low we tried for a last fish to try get to 24 but the bite went quiet. All the fish we caught were safely released.


The sunsets at Jozini are always truly amazing. That evening the skies were so clear we could see the milky-way, Jupiter and all the star formations.


Next day we headed back to Durban and took a detour through the Umfolozi Game Reserve, a truly magnificent place. We saw 4 different herds of Elephant, one group was rolling around in the mud along the river bank having a whale of a time, we also Rhino, Buffalo, Baboons, Water Buck, Nyala, Impala, a Blue Duiker, Leopard Tortoise an Osprey Eagle and some Vultures amongst a host of other bird species. At one view site I was sitting at a wooden bench and it was just so amazing to be in such a wide open space, so silent with just the sound of nature. 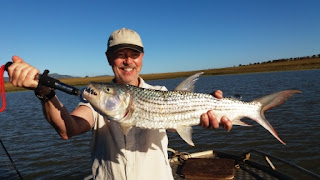 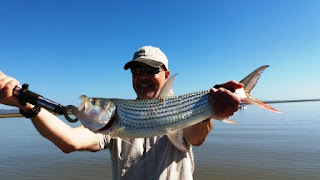 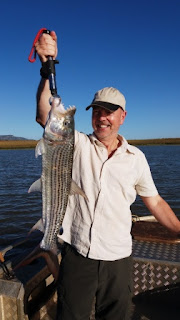 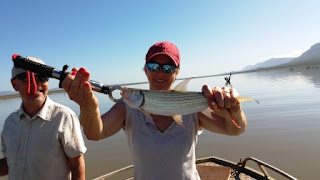 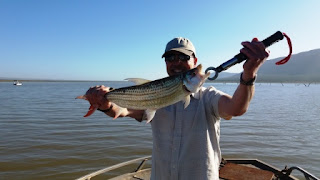 Posted by Blue Water Charters - Durban at 12:38 AM