OFFSHORE FISHING REPORT - Durban - 13th April 2014
We went out looking for a Black Marlin and found two, but neither of them stuck. The first one tried to take a Yellowfin that we were fighting and the other was just an on off. We hooked up a massive Wahoo which made 12Kg's of drag look like butter, I actually thought the drag went of the setting and checked it and it was OK. This Wahoo took off like a Marlin and only because it jumped and I saw it do I know what it was but eventually it broke the wire. We ended the day with 4 Yellowfin Tuna, 1 was a good size. 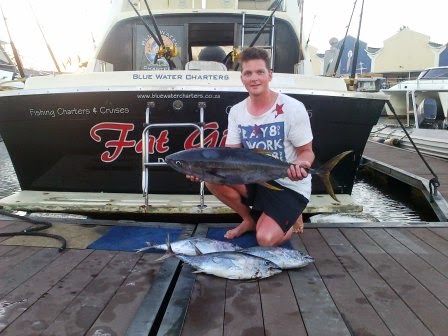