OFFSHORE FISHING REPORT - 18th January 2015 - Durban - MARLIN
We launched at 04h00 on Saturday and started making our way out deep looking for warm clean water as closer in it was not nice, at about 450m depth I decided to change tactics and direction as the further we went the colder the water got and so I headed the boat towards the 150m area past Ballito. On the way we picked up a Yellowfin Tuna around 10Kg, this was after 4hrs of no fish. I got to Ballito and still was not happy with the water and so decided to come back to port shallow and it was not long before we had a reel screaming and a rod with a very serious bend. 2.5hrs later after a very hard fight we released a massive Black Marlin 35km away from Durban. Our 8hr trip lasted 11hrs. 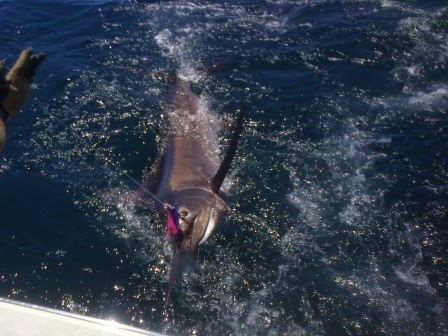 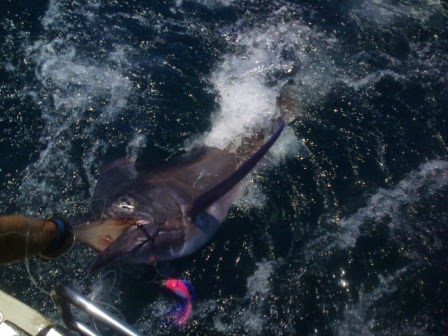 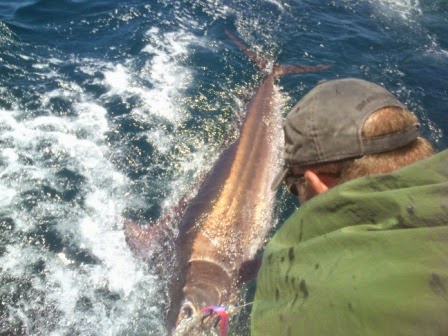 Posted by Blue Water Charters - Durban at 12:22 AM